Yoga. The most beautiful gift to humanity

The practice of yoga is becoming more and more popular in recent decades, but do you really know what yoga is? Read how this wonderful discipline can lead you to happiness.

I bet at least once, you have heard of yoga as a sport, or maybe as related to religion. Yoga isn’t any of that, it isn’t either a doctrine. Yoga is a millennial science, born even before all religions were created. It’s a spiritual science that aims to unite all the aspects of a human being. Yoga is India’s gift to humanity.

Yoga, an ancient but perfect science, deals with the evolution of humanity. This evolution includes all aspects of one’s being, from bodily health to self-realization. – B.K.S. Iyengar

The origin of yoga

The word yoga means “to unite” of the mind, with the universal consciousness.
The Indian history believes that yoga was practised 5000 years before Christ and that Lord Shiva was the first yogi.

Yoga was practised only by yogis (male only) of Indus valley civilisation, Buddhist traditions and other small civilisations, but between the period 500 BC and 800 A.D. a yogi and master called Patanjali brought order into yoga techniques and wrote the Sutras, a book made of 196 sentences that it considered the basics of yoga and where everything related to man’s evolution is mentioned.
According to Patanjali, yoga aims to achieve self-realisation by stopping the fluctuations of the mind. Although many practitioners think of yoga as a sport or physical exercises, must be clear that the physical part is the most superficial aspect of this ancient science. The purpose of yoga is to unfold the infinite potentials of the human mind, body and soul.

When I began to practice yoga, I thought it was a physical activity, like pilates or aerobics, once I started to deepen my knowledge and discovered that there’s science, spirituality, consciousness and love towards oneself behind it, I realised that yoga is really magic! The more I practice the more I feel good, the more I feel better in all aspect of my life. Isn’t it magic?

Yoga is, indeed, the best gift that India could give to humanity and the best part of it is that everyone can do it. Really, EVERYONE.

What’s your knowledge of yoga? How is your sadhana (personal practice)? I’d love to hear your thoughts in the comments box below. 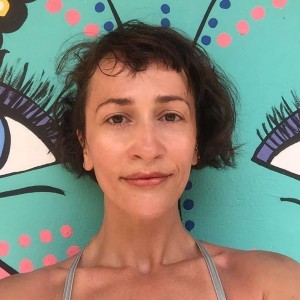